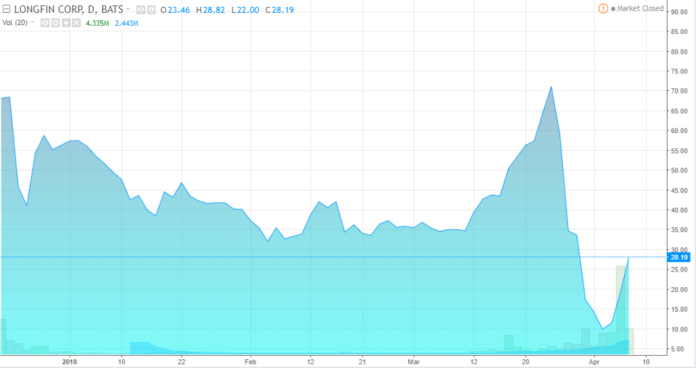 Longfin CEO speaks out on SEC investigation from CNBC.

The U.S. Securities and Exchange Commission obtained an emergency freeze of $27 million in trading profits involving the CEO of cryptocurrency company Longfin and three other people.

The SEC alleges that the Longfin CEO used affiliates to sell restricted shares.

“Essentially they played a shell game here and sold shares that they weren’t allowed to sell,” according to Peter Henning, Wayne State University law professor and former federal prosecutor.

Shares of LongFin Corp. were halted for more information by NASDAQ on Friday.

LongFin Corp.’s (NASDAQ:LFIN) stock was halted with the dreaded T12 code today and simultaneously sued by the SEC, almost positively ensuring that if you’re long, you’re going to face a total loss. Prior to this, the stock was up 40% on Friday morning following the CEO’s appearance on Thursday evening on CNBC’s Fast Money.