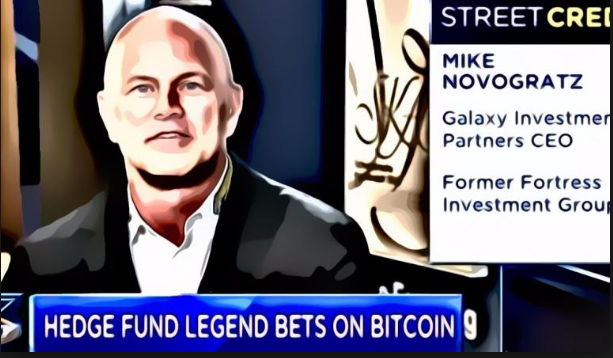 TORONTO, Aug. 28, 2018 /CNW/ – Galaxy Digital Holdings Ltd. (TSXV: GLXY) (“Galaxy Digital” or the “Company”), a diversified, multi-service merchant bank dedicated to the digital assets and blockchain technology industry, released Galaxy Digital LP’s financial results for the second quarter ended June 30, 2018 (“Q2 2018” or “the second quarter”), as well as corporate updates through the date of this press release.  All figures are in U.S. Dollars unless otherwise noted.

“I am pleased with the progress Galaxy Digital has made in building a world-class firm and the work we’ve done to help institutionalize the digital assets industry,” said Galaxy Digital CEO and Founder, Michael Novogratz. “We remain laser focused on scaling our core businesses and identifying strategic opportunities to expand our global footprint.”

In connection with a staff review, the Ontario Securities Commission (the “OSC”) staff requested additional disclosure in connection with the Galaxy Digital LP’s management discussion and analysis (“MD&A”) for the three months ended March 31, 2018. The additional disclosure does not impact current or prior financial figures. OSC staff requested the additional disclosure in accordance with the general objectives of MD&A as discussed in Part 1 of Form 51-102F1 in order to provide further information to investors about the quality and potential variability of Galaxy Digital LP’s profit or loss and cash flow, specifically with respect to the realized and unrealized gains or losses on digital assets and investments. Galaxy Digital will enhance its MD&A disclosure to include the following information: additional information regarding new material investments; information regarding the ten largest investments by fair value, including the cost and fair value of such investments; a breakdown of the cost and fair value of net digital assets categorized by market capitalization and accompanied by narrative discussion; and information regarding select digital assets by fair value, including the quantity, cost and fair value of such digital asset.

Will The Crypto Market Crash in July?