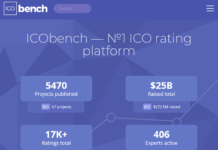 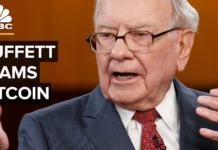 Opportunities for new influencers like Crypto Sally are growing as the easy money for crypto projects evaporates. The ICO market—where hyped-up projects raise millions of dollars overnight through fund-raising campaigns—is now crowded with thousands of similar-sounding projects competing for attention and investment.

IT TOOK ONLY a few months for Sally, an executive assistant living in British Columbia, to become Crypto Sally, a Lambo-touting altcoin influencer who makes a living on YouTube videos. She got interested in cryptocurrencies last summer as the buzz around initial coin offerings, or ICOs, surged. She bought some ether—at the top of the market, she admits—and spent her free time researching how to trade lesser-known cryptocurrencies called altcoins, eventually making enough money to quit her job.

For someone with no tech or finance background, it was a lot to figure out on her own, so Sally (who asked that her last name not be disclosed) created a 34-page beginner’s guide to crypto investing and shared it online. “My goal was just to get some basic info out to people that I wish I would have had when I started,” she says. In January, she created a Twitter account to promote her guide, and in March she posted her first YouTube interview with the CEO of a blockchain company. Her following quickly grew to nearly 18,000 subscribers on YouTube and 14,000 followers on Twitter.

That’s small potatoes compared to, say, beauty or gaming influencers boasting tens of millions of followers. But in the burgeoning world of crypto, it’s enough to make her a star. “I’m like a nobody in traditional marketing terms, but because this space is so new and it’s so crazy right now, there aren’t a lot of crypto influencers yet, and especially female ones,” she says. As her influence grew, requests flooded in—often 10 a week—from up-and-coming coin companies offering to pay her to promote their ICOs or post a “review” of their coins.

When we speak, Sally is fighting off a cold she picked up at Consensus, the 8,500-person conference in New York City, her first crypto event. She also attended an awards banquet that honored crypto influencers as “most impersonated,” “best coin analysis” and “best crypto musician.” It feels weird to be considered a crypto influencer, she says, “because it’s just something I started doing for fun.” She believes cryptocurrencies have staying power, but she isn’t as sure about the market for influencers like herself. “I don’t plan on this being a lifetime career. It could end a month from now, I don’t really know,” she says. For now, she has signed a contract with an agency to produce one to three videos per week featuring the firm’s clients.

Opportunities for new influencers like Crypto Sally are growing as the easy money for crypto projects evaporates. The ICO market—where hyped-up projects raise millions of dollars overnight through fund-raising campaigns—is now crowded with thousands of similar-sounding projects competing for attention and investment. Scams and pump-and-dump schemes have turned off many potential investors. A Wall Street Journal investigation found that nearly 20 percent of 1,450 projects were obvious frauds. Increased scrutiny from the Securities and Exchange Commission has cast a gloom over US-based “utility token” projects that don’t register their tokens as securities. Meanwhile, a sustained drop in the prices of major cryptocurrencies like bitcoin and ether has left crypto investors with less capital to risk on new tokens. Making matters worse, Facebook, Twitter, Google, and Bing have banned crypto-related ads. Projects have to get more creative about spreading the word.

They’re turning to influencers. And growth hackers. And PR agencies. And Telegram managers. And bounty hunters. It’s getting expensive. Beneath the crypto industry’s deafening hype and bubbly scams, an economy of promoters is thriving.

The great innovation of ICOs was removing the most frustrating, arcane aspects of startup fund-raising. But now, between the multiple layers of promoters, the scammers and spammers, and the regulators, an ICO looks more complex, expensive, time-consuming, and risky than traditional ways of raising money. Startups are asking themselves, “If I could just raise $5 million from a VC by having a couple of meetings, why go through the whole process of having the ICO?” says Shaun Newsum, CEO of crypto analytics firm ICO Watchdog.

All Roads Lead to Telegram

Much of the industry’s action happens on a messaging app called Telegram. (Smaller crypto communities exist on messaging apps Slack and Discord.) There are Telegram groups for discovering new projects, networking, debating, thought-leading, and promoting. There are groups with the express purpose of planning illegal pump-and-dump schemes. There are rumors of exclusive channels for high-roller crypto investors (known as “whales”) that charge companies fees as high as $500,000 just to post a link to a new project.