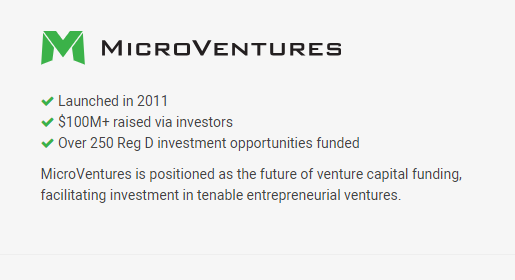 As several large startups have filed to go public in recent months – including MicroVentures’ portfolio companies Dropbox, DocuSign, and Spotify – you may have also seen news concerning another type of offering. Called initial coin offerings (ICOs), these essentially allow startups to raise funds in exchange for “tokens” (or cryptocurrencies).

That said, ICOs are relatively new to the scene, and there are a number of differences between ICOs and the more traditional initial public offerings (IPOs). Today, we’re continuing our series about blockchain and cryptocurrency with all you need to know about ICOs.

How does an ICO work?

The first step is to identify whether the startup is offering a utility token or security token. Utility tokens represent future access to a startup’s product or service. They are not intended to be designed as an investment. Instead, a startup would raise funds in return for tokens, which will provide holders with access to the startup’s blockchain-backed services once they are available.

Security tokens are different. If a crypto asset issued by a company increases in value over time depending on the performance of the company, it can be considered a security. Tokens, no matter what they’re called, that are backed by external, tradable assets may be classified as securities by the SEC and need to be regulated as all other securities. The U.S. Securities and Exchange Commission recently stated:

“When investors are offered and sold securities – which to date ICOs have largely been – they are entitled to the benefits of state and federal securities laws and sellers and other market participants must follow these laws.”

How are ICOs structured?

ICOs, sometimes called token sales, token generation events (TGEs), or crowdsales, usually begin with a whitepaper that describes the project, the amount of funding needed for the project, how tokens will be distributed between founders and investors, what type of currencies are accepted, and for how long the ICO funding round will run.

Prior to the launch of an ICO, a startup may choose to hold an ICO presale. The company can offer tokens in a presale to a select group (a private presale) or to any accredited investors (public presale) before the official ICO campaign goes live. This is done in order to fund the project, to fund the ICO itself, or to garner early interest in the project. The funding caps for presales are often lower than ICOs, and tokens are usually offered at a discount when compared to prices offered during an ICO.

These presales sometimes include Simple Agreements for Future Tokens (SAFTs), structured similarly to the Simple Agreement for Future Equity (SAFE). SAFTs are made for utility tokens, but they allow accredited investors to buy a security that can provide them with tokens at a discount to the public ICO price. These investors receive tokens at a later date that they can then use as utilities on the project’s website.

During the ICO itself, individuals interested in backing the project can purchase the startup’s token using either fiat money or another cryptocurrency (such as bitcoin or ethereum). These tokens will hypothetically be useable once the ICO’s funding goal is met and the project officially launches. Alternatively, utility tokens can be traded on a cryptocurrency exchange.

If a startup uses security tokens, it can acknowledge its ICO as an investment opportunity. The company could provide investors with benefits like dividends, profit shares, or voting rights while still allowing the token to be used for its blockchain-based services.

How are ICOs different than IPOs?

An IPO marks the first moment a company’s shares of stock are offered to the public. When this happens, the company becomes publicly traded and is listed on an exchange, such as the New York Stock Exchange.

Unlike holding shares in a company, utility tokens do not come with ownership rights. They instead allow holders of those tokens to use them in return for services, products, or other assets provided by the startup that is selling those tokens. Similar to the speculative nature of IPOs, where investors look for a jump in share price on the first few days of listing, some ICO investors look for the same quick return.

What risks are associated with ICOs?

Currently, ICOs are being reviewed on a case-by-case basis as to whether they should be classified as securities or tokens. The SEC cautions that just because a startup claims to offer utility tokens does not mean the token shouldn’t be regulated as a security.

In addition to the usual risks associated with investing, cryptocurrencies and utility tokens are highly speculative and unregulated. A number of fraudulent ICOs have arisen in addition to “pump-and-dump” schemes where the creators (or others involved in the scheme) will talk up a new cryptocurrency, attract backers, and then liquidate the coins on the market for a profit. Due to these issues, ICOs are banned in China and South Korea. Both Facebook and Google have banned cryptocurrency and ICO advertisements.

Here at MicroVentures, we are committed to carefully reviewing the changing regulations surrounding ICOs and crypto-related startups while opening access to these opportunities. The SEC recommends that anyone interested in these opportunities review and obtain answers to these sample questions prior to participating in an ICO or TGE. Sign up today to stay abreast of new developments.

Read this article and more at MVCapital.