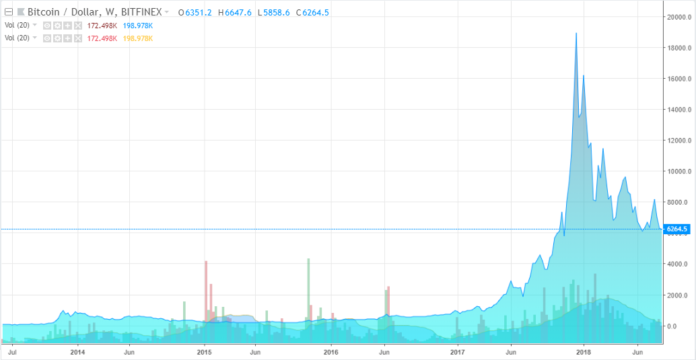 When I got home, here’s what I wrote on Seeking Alpha and my FB -2.69% for my followers/friends:

“Met with the CEO of VeChain (Cryptocurrency: VEN  ) recently on Sand Hill Road. Very fascinating developments in the smart contracts / Blockchain space. We are definitely in the very early inning of cryptocurrency revolution. Few things that I took away from this meeting:

1. Bitcoin 0.09% really isn’t that efficient. Transaction speed and cost are too high (and forks like Bitcoin Cash 2.13% are not solving this issue).

2. Most of the Alt-Coins out there will likely fade away (there are coins that have over $1B market cap and don’t even have a real CFO).

3. Governance and regulations are welcomed when you have a real platform. Coins that shy away from this will fail.

4. Smart contract platforms like Etherium and VEN are likely to be the real winners in this space (streamlined, scalable, solving real
problems, etc.)

As Sunny shared his vision of VEN’s capabilities at scale (he ultimately envisioned an open source platform that developers could continuously improve on), it became evident to me that we weren’t just in the early-stages of the crypto-boom, we haven’t even scratched the surface. In parallels to the dot.com bubble of 2000, we are in 1994 (if not earlier).

I asked Sunny: “What’s your take on the fact that there are over ~1500 different Alt-Coins?”

His response was effectively: “Many Alt-Coins have granular “white papers” and promises/dreams of what can be accomplished, but the road to get there will be long and many ideas will never get to a real beta-stage. Many of the top 20 Alt-Coins don’t even have a real CFO 0.83% .”

Many of the white papers that I’ve read all had the same narrative: promising a platform that is decentralized, better, faster, cheaper than the rest; a new internet, a financial system, etc. Yet, there was every little evidence of a real world application/use-case. Given their early-stage of development, I wondered how any Alt-Coin could be worth more than $1! Even Sunny admitted prices were extremely inflated.

It was evident that the coins that ran-up from $1 to $30 (think Nano ), were massively overvalued — these were unsustainable moves caused by people buying into a “promise,” and more evidently, it was all FOMO based. The crypto-subreddit on Alt-Coins should be a huge lesson for all investor – it should be put in finance 101 courses on how to spot a bubble (most of it was kinda hilarious tbh).

Very similar to the dot.com bubble where all you had to say was “I have a website” and your stock went up +300% virtually overnight, in the crypto world all you had to say “I have the most revolutionary blockchain technology” and your coin skyrocketed. The parallels are staggering.

I walked away from that meeting reminded about something Warren Buffet had said: “if I could buy a 5-year put on every crypto-currency, I’d do it.”

Since then, TechCrunch released a report on June 30, 2018 showing that more than 1000 crypto projects were “already dead.”
https://cointelegraph.com/news/techcrunch-over-1000-crypto-projects-are-considered-dead-now
https://deadcoins.com/

I post this because as crypto continues on in this bear market, I continue to see many posts/ideas here on Trading View where people are saying to “buy this dip.”

Sure many might bounce back, I’m personally positive long-term on smart contract platforms such at ETH, VET, NEO, etc., but it’s still too early to jump in — especially if you assume Bitcoin is going a lot lower from here (which I do suspect is the case).

As far as Bitcoin goes, just as Sunny mentioned (and Goldman Sachs mentioned last Friday), it fails at many of the things it was meant to solve. This is why BTC-Cash and other spin-offs came out, to address the issue. Yet, as of now, no coin has offered a real solution. This is in part why the entire crypto-space continues to sell off.

Ultimately, I know we are moving to a purely digital-currency. But I think we are a long way from that point (1994). Will it be Bitcoin that we all use? I have no idea, but from what I can tell, looking at the data/research, it seems unlikely that it will be the broadly adopted in its current form. It’s very likely that the once regulations are in place and the Fed gets more involved, there will emerge a new coin, say Bitcoin 2.0 that will be issued to the public (it won’t be a decentralized platform that Satoshi Nakamoto originally envisioned). The new “regulated” coin is the one I want to buy.

Just to reiterate my current view on Bitcoin, right now $5,800 is the level to watch. If it can’t hold this level and sustain a run from there ( volume will be key to monitor), in all likelihood, Bitcoin will test ~$3K. I imagine that’s the point of extreme pessimism, no one would be willing to step in, retail investors will give up — that’s the moment the Big Boys (institutional investors) will be interested in stepping in.

As a technical trader that understands Wall Street, I’ve seen this play out many times. After all, it was Baron Rothschild that is credited with saying that “the time to buy is when there’s blood in the streets.”

People are still far too optimistic at this point, blood hasn’t spilled.

Just my personal take. Hope you enjoyed reading. Would love to hear your thoughts, ideas, analysis.

Good luck to all.